Yesterday, we outlined our Grand Nomadic Plan. Today we get specific.

Our adventures begin in Denver, Colorado.

Here are the main reasons we chose to start here.

Denver’s 300 days of sunshine a year easily beats Portland’s 144 days in our view. This is coming from a couple who are both self-diagnosed with Seasonal Affective Disorder Syndrome. We love Portland weather during the summer, but it bums us out most of the rest of the year. Extending our ability to bask in the celestial glowing orb’s rays of warming joy is an important requirement in choosing where to reside for more than a few days.

Denver shares a lot in common with Portland, so we won’t have to adjust our lifestyles much at all to get on here. Keeping things relatively simple in our home life will allow us to maintain continuity at work, and focus on the adjustments we’ll need to adapt work to this new lifestyle.

We’re also relatively close to Portland, compared to some of the other places we’re excited to see (Spain, Thailand…), so in case this adventure doesn’t work out for some reason, we can get home easily enough to recharge and rethink our plans.

My brother Dan moved out here a year and a half ago for school. He and I are super close, and he and Catherine are big fans of each other too, so we’ve missed him quite a bit. He will show us around and introduce us to his friends and his cat, Spice. We’ll have work/study parties, and be Star Wars nerds together.

I’ve also been meaning for years to visit some good friends from college days who live here. Since I saw them last, they’ve established a thriving urban farm and made another (omg adorable) person together. Reconnecting is long overdue. I hope they don’t get sick of us while we’re here. 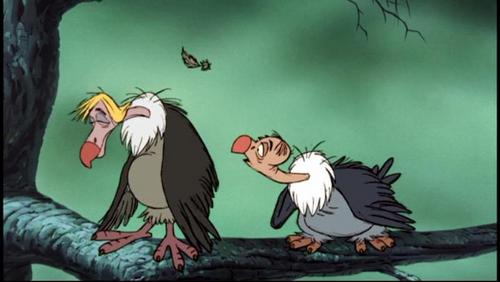 Through Airbnb, we’re staying in a small, charming studio apartment in the Wash Park neighborhood, about 10 minutes south of downtown by car.

Catherine had the brilliant idea of looking up Groupons a few weeks before we arrived, and booked us four weeks of salsa dance lessons. 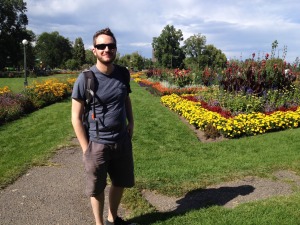 We’re also looking forward to the touristy things. We’ll camp and go for hikes in the beautiful Rockies to the west, and perhaps Telluride to the south. I’m excited to check out local museums and city parks, and probe how easy it is to avoid my food allergens while dining out.

We’ll continue this writing habit, and make it more regular. Any day now, we’ll start that daily yoga & meditation practice we’ve been planning on. And, we’ll pick back up with our Spanish studies, which we had to pause as we got a little too busy packing up our apartment.

We’ll work as much as we can every day to launch a couple of side business projects. The weather has started to turn to the cooler side, so Catherine has started knitting like a mad woman (for the record: her words, not mine). We’ll write more about our other projects in the near future.

More generally, we’re excited to shake up our patterns, and bring a little more focus and intention to our lives. More astoundingly insightful reflections on that later, I’m sure.

We’ll come back to Portland for the holidays, and live with Catherine’s father Art and his wife Elaine at Timberline Meadows, their horse farm out in The Boonies, Oregon City, Oregon.

We’re looking forward to the quiet of the farm, and the juxtaposition that turning towards rural living will bring, not to mention spending time with Art and Elaine.

We’ll head to Southern California for about a week in early December for Catherine’s mother’s annual extended family Christmas.

We’ll also try to work on catching up with as many Portland friends as we can, although time is sure to run short.

Ideally we’ll be in Valencia, Spain for six months, if we work out a legal way to live there that long as American tourists. Alternately, we will split our time between Spain and nearby countries outside of the European Union’s Schengen Zone. This all depends on our visa situation.

Once again, we’ll be working full time — not technically on vacation. This move will introduce a new time zone dimension into our distributed team’s workflow at Rocket Lift. This is part of what building a vibrant and sustainable modern business looks like to me, so I welcome the challenge.

Things we’re looking forward to include Living in Spain!, gorging our guts on paella, bending our brains with Gaudí’s space-warping architecture, soaking in the Mediterranean coast, lots of seafood, and Spanish language immersion. I’m over the moon about the potential to see Barcelona FC play in their own stadium(!), and am excited to build international connections in the open source web developer community.

We’ve chosen the coastal Spanish town of Valencia as our home-base because some long-time family friends who live there. We’re both excited to branch out from there, taking long weekends to visit other European cities. Catherine’s especially stoked to show me Berlin, and visit Prauge and Toulouse. We’ll reconnect with some expat and foreign friends we’ve made over the years, hopefully including Catherine’s brother [Dominic](LINK to Facebook), if his world travels as a professional Tango dancer and instructor happen to overlap with ours.

Our European tour next year will culminate in France, for Catherine’s cousin Meggie’s marriage to her beloved François.

We expect to head back to Portland for the summer. Since we’ve just started, it’s hard to imagine, but I’m sure it will be good to be back home.

Thailand? New Zealand? Mexico? Fellow traveling fiends out there, got any advice?

One thought on “Our Plans through August, 2015”